Article about the big love between Turkish people and cats 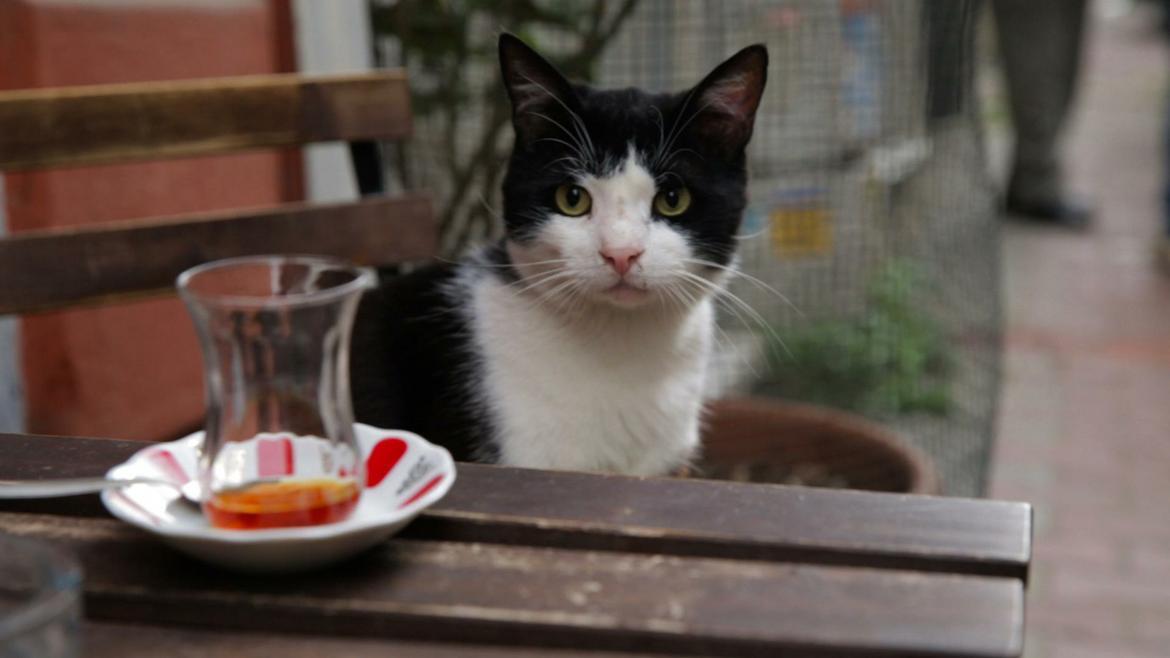 Article about the big love between Turkish people and cats

Surrey crook names may look like, and Doman noble, and bingo lover, and Bsako boob as characters in the movie of the gangster movie, but it's really some cats covered by the wonderful documentary "kiddie" for street cats in Istanbul names.

Over the centuries, if not over thousands of years, cats roamed the streets of Istanbul, where he was treated great tolerance not for their ability to control the rodents, but her love of the city's population, making them give her food, and linked to it.

Equally fascinated by the presence of foreign visitors cats everywhere in Turkey's largest city. During the official visit by President Barack Obama to Turkey in 2009, the Turks was delighted when he bowed to US President stroking a cat living in the historic Hagia Sophia in Istanbul.

In the movie "KDE" which means Cat in the Turkish language, he was the director, "well Torun" profiles seven cats live in the city, and became every one of them a fixture in the community, and its relationship with the residents of the city who have developed relationships with. US-Turkish director says that street cats in Istanbul helped her avoid loneliness, not knowing the same personal characteristics of human, just like you do when the definition Bakttha in the film.

There is, for example cat "Jamsiz" whose name means in Turkish fun, which never speckled black and white, live in the Jehangir trendy district, begging for food and affection, shelter residents of the area, including the baker SMILING which describes itself as the first friend of Jamsiz, says he a list of doctors, veterinarians in the nearby area.

The interaction between man and cat in this film may be thin, especially when receiving movie themes that take off the human qualities of the animal's light for their animals to humans in their lives, whether in the form of companionship and companionship, or even a sense of value and importance, to the extent that one of the women said that cook 20 pounds of chicken a day to dozens of cats helped her recover from the emotional wounds.

Filming skillfully simulate the movement of the eyes of cats through a series of scenes that portrayed put cameras on the back of cats and controlled remotely, so cats cameras followed a walk in search of food or an interference in matches meow. The film also permeate beautiful footage filmed drone extended to the streets of Istanbul and the Bosphorus Bay, which conveys a strong sense of place.

KDE film does not go to all tastes, but the cat lovers who do not find on the screen enough movies about cats, you can say or do not find it charming cats sounds.